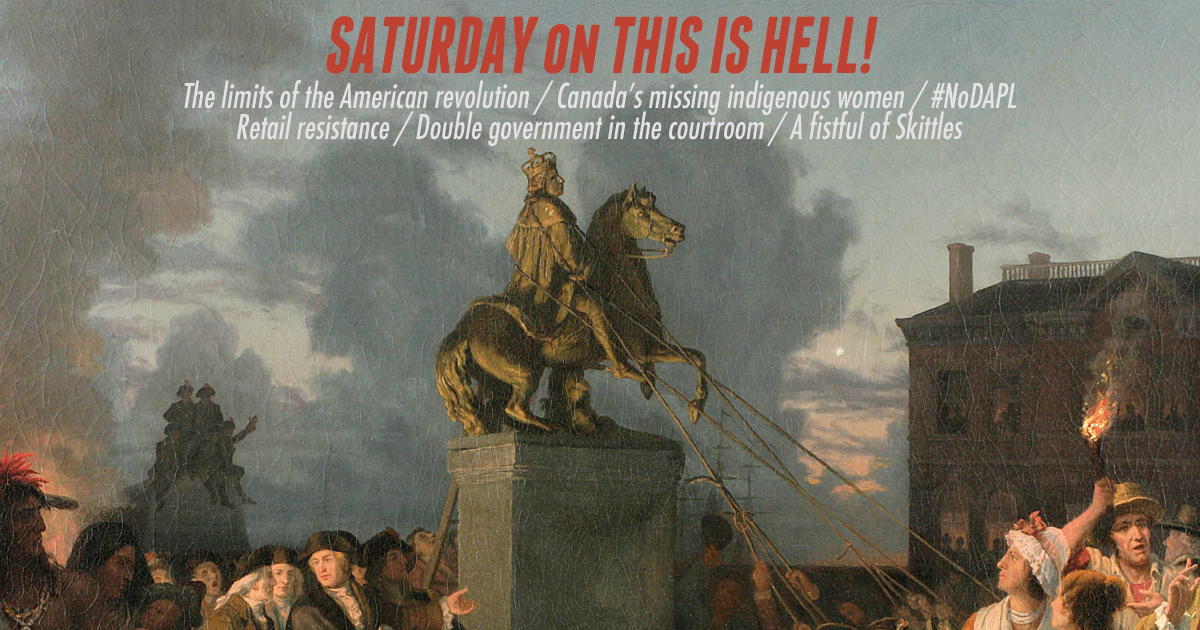 On this day in 456 – (1,560 years ago) – in the ancient Italian city of Ravenna, the army general Remistus, who had become one of the most powerful political figures in the Western Roman Empire under the emperor Avitus, was captured and assassinated by agents of his own subordinate, a lieutenant named Ricimer, who coveted his high position. It was just one of the many brutal power struggles so common in the late years of the empire. Only a month later, the emperor Avitus himself was also killed.

On this day in 1862 – (154 years ago) – more than 3,600 soldiers died in the Battle of Antietam, the bloodiest single day of fighting in the American Civil War. Another 17,000 were wounded. Meanwhile, on that same afternoon — just outside Pittsburgh, about 140 miles away — more than 150 young women in the main building of the Allegheny Arsenal were working at top speed, hand-manufacturing rifle cartridges for Union troops. As a horse-drawn cart arrived at the arsenal with a new shipment of gunpowder, one of the horses apparently scratched its iron horseshoe against a curbstone or a metal wagon wheel. It created a spark that ignited loose gunpowder in the road, which in turn detonated the barrels of powder on the cart, creating a series of explosions that could be heard miles away. The blast and fire destroyed the arsenal building and killed seventy-eight women workers, many of whom were recent Irish immigrants. Today, the area is a public park that hosts 10K runs and outdoor movies. The actual site of the explosion is now a softball diamond.

On this day in 1908 – (108 years ago) – at Fort Myer, Virginia, a twenty-six-year-old US Army lieutenant named Thomas Selfridge became the first person in the world to die in an airplane accident. Selfridge was an aviation enthusiast who had flown dirigibles, human-carrying kites, and early experimental airplanes, so when Orville Wright came to Fort Myer to demonstrate his newest plane for the Army Signal Corps, Selfridge agreed to be his passenger. Wright and Selfridge were passing over the army post at an altitude of 150 feet when the right-hand propeller suddenly broke. Wright lost control; the plane went into a nosedive and crashed. While Wright was seriously injured with numerous broken bones, Selfridge suffered a broken skull and died a few hours later. Doctors concluded that he could have... read more

Between the Islamic State and Syria

Like Paul Krugman, Matt Taibbi, and Garrison Keillor before me, I have arrived at the time I must write a think piece on Donald Trump, what he is and what he means in the context of our social and political evolution.

It's no secret that Donald Trump was born a wet wad of feces, rectal mucus, gravel, benzoate of soda, and minced twine. He emerged from Satan's anus, looked around, and declared himself a masterpiece. He then oozed, slug-like, across the linoleum of an abandoned, but haunted, state mental hospital toward the drain down which countless gallons of blood from tortured inmates had flowed. For the next twenty years he lived in the sewers of New Jersey among mutant fetuses who had somehow survived being flushed down toilets after back-alley abortions. He watched as they paraded along the excremental effluence on the backs of albino alligators similarly discarded, carrying torches fashioned from toilet plunger handles and used diapers.

Knowing he could never compete among the fetus creatures for mates, being many degrees uglier than even the most translucent and veiny of his cohort, he instinctively understood he would have to distinguish himself in some other way. He taught himself to communicate via fits of vomiting, a kind of Morse code of convulsive regurgitation of the very filth from which he was made. This he called "serenading," much as today he strives to label with pretty words such as "debate" and "speech" the putrid slurry of his various secretions.

It has been frequently reported that he is a physical abomination, and rightly so. To call the joints of his legs "knees" is to bestow upon them a compliment they in no way deserve. They are rotten tubers joining the vile armadillo sausages he has in place of thighs and calves. It would be remarkable that he has an anus where his mouth should be, if not for the fact that every orifice and aperture in his body is an anus as well. Disturbingly, Paul Krugman neglects to mention this. Light penetrates Trump's eye anuses like quickly melting suppositories. Sound enters his ear anuses the way Newt Gingrich's scaly erection violates the butthole of a shrieking piglet – a common enough occurrence, yet one we ought to be careful never to grow accustomed to. A minor tremor of revulsion, at the very least, is always... read more

On this day in 1509 – (507 years ago) – the area around the Sea of Marmara in Turkey— including the great city of Constantinople, now known as Istanbul—was hit by a major earthquake that demolished more than a thousand houses, killing some five thousand people and injuring another ten thousand. The earthquake also knocked down many long stretches of the Constantipole city walls, including the last remnants of the ones built during the rule of the Roman emperor Constantine in the fourth century. In the city and for miles around, it toppled hundreds of mosques, minarets, and bridges; destroyed countless shops and other public buildings; sent waterfront houses tumbling into the sea; and heavily damaged one of the most important aqueducts providing water to the city. The shock of the main earthquake was felt as far away as Greece, the Danube, and Egypt, and the aftershocks left people so frightened that they camped outdoors for the next two months. Islamic historians later came to refer to the event as “the lesser Judgment Day.”

On this day in 1897 – (119 years ago) – a group of three to four hundred striking coal miners, mostly recent immigrants from Germany and eastern Europe, was marching on the Lattimer coal mine near Hazleton, Pennsylvania, when it was confronted by a 150-member armed posse newly deputized by the local county sheriff. The strikers were from other mines in the area, and had come to support new union organizing at the Lattimer mine, which was still open. The sheriff ordered the unarmed strikers to disperse, and when the strikers refused to do so, the deputies opened fire. Nineteen miners were killed, and dozens more were injured as they tried to flee. The deputies were soon heard bragging to each other about how many so-called “hunkies” they had shot. They later claimed in court that they had shot in self-defense, but a coroners’ analysis revealed that most of the dead miners had been shot in the back. The shooters were never convicted of any crime, and the Lattimer incident led directly to the original rise of the United Mine Workers union.

On this day in 1976 – (40 years ago) — at an altitude of 29,000 feet near Zagreb, Yugoslavia, two passenger jets collided in midair, killing all 176 people aboard both airplanes. The collision, between planes owned by British... read more

The Radicalism of Black Lives Matter - Martha Biondi [In These Times]

Out Of Office Message