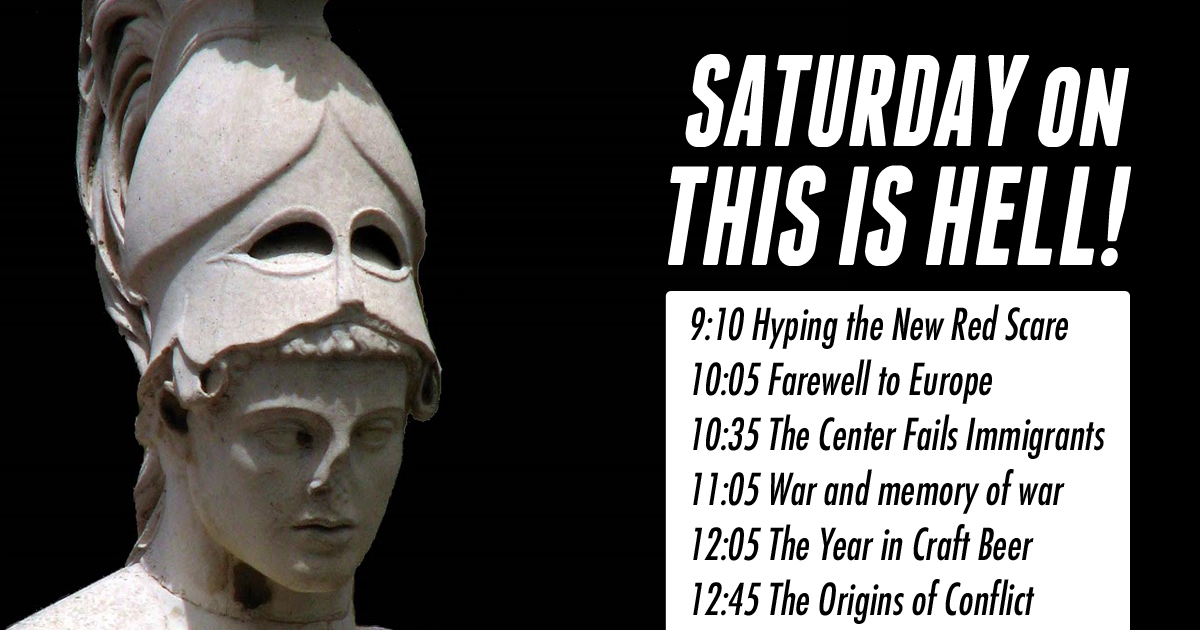 Nothing Ever Dies: Vietnam and the Memory of War - Viet Thanh Nguyen [Harvard University Press]

Meet the New Normal, Same as the Old

As the fateful moment draws nigh when the man with an orange face and no tan from his brow ridge to his cheeks like a Creamsicle raccoon puts his hand on an ancient book and lies to its god about upholding a Constitution which is itself being eaten away from within the very structures it delineates, the slow-motion farcical death of democracy is playing itself out on the stage of the 24-hour news cycle.

Don't normalize this! Don't normalize this! It's too late, it's been normal for decades. I know, you're hollering about the fascism, the racism, the anti-Semitism of Semites both Jewish and Muslim, the misogyny, the xenophobia and LGBTQ+phobia. But as someone who's been on the receiving end of at least one of those pathologies, and as I've heard other of their targets report for decades, these threads make up the normal fiber of many a US patriot. It's not a surprise at all that a Creamsicle raccoon channeled them in order to serve himself up a heapin' helpin' of presidentially leveraged wealth an power. Leftists of every stripe, from the unrepentant Stalinist to the anarcho-feminist queer, have been predicting the rise of the Creamsicle Raccoon with ever more certainty since the days of Joe Hill.

Nothing could be more normal than sociopathic fascists using government as a festive bazaar for exchanging money and influence with each other. That's what government is: the currency exchange, complete with speculation, on the way to advancement into the Spectacle, but at this currency exchange they serve alcohol.

When was the last time a political figure was jailed for influence peddling? Or was censured for conflict of interest? Or forced to resign for giving a corporation in which they had a stake access to an open tap gushing public money, stealing from working people, the elderly, the unemployed, and school kids to stack up money and favors in the private sector and then wandering over to collect them through the public sector's revolving door? No, you have to send someone a picture of your dick to warrant removal from office. But if you bend a few hundred million people over and screw them, well, that's normal.

There's no one watching the henhouse. It's amazing there are any hens left. The only way we the people have secured the eggs we have has been by banding together and forcing the scum to... read more

In 1510 – (506 years ago) – forces of the Portuguese navy, led by the admiral Afonso de Albuquerque and assisted by local mercenaries, seized the prosperous, centuries-old port city of Goa on India’s west coast. The Portuguese, who had briefly held Goa earlier that year and then lost it to a local sultan, now retook the city in less than a day, defeating the sultan and putting large numbers of the Muslim population to death by the sword. Men, women, and children were massacred, and Albuquerque allowed his troops to spend three days sacking the city. Though the conquest took place against the wishes of the Portuguese king, it gave him an important colonial port and commercial capital which remained under Portuguese control for more than 450 years until it was finally reclaimed and annexed by India in 1961. To this day, Goa remains perhaps the most culturally European-influenced city in India, and the only one in which soccer is more popular than cricket.

In 1796 – (220 years ago) – in Caracas, Venezuela, José Leonardo Chirino, a free farmer of mixed African and indigenous blood, was hanged for the crime of leading a slave revolt in the sugar plantations of the Spanish New World colonies. Chirino had been inspired by the ongoing slave rebellion in Haiti, which would later prove successful in establishing an independent republic there. He had also been deeply affected by the ideals of the faraway French Revolution. In the eastern Veneuzelan city of Coro, he led an uprising of Congolese slaves, with the aim of expelling the Spanish and abolishing slavery and white supremacy. But when his rebellion failed, he was betrayed by an associate. The Spanish authorities executed Chirino, cut his body into pieces, put his head on public display, and sold his wife and children into slavery.

In 1907 – (109 years ago) – in the Battersea district of London, about a thousand medical students of University College and other schools staged a demonstration supporting the practice of vivisection, in which living, conscious animals were cut open, operated on for purposes of medical research and instruction, and then killed. Public passions had been aroused by the court trial of a medical lecturer who, according to witnesses, had muzzled and bound a brown terrier in his classroom, cut it open to remove internal organs, and subjected it to electric... read more