How students in Sao Paulo struck back against school closings. 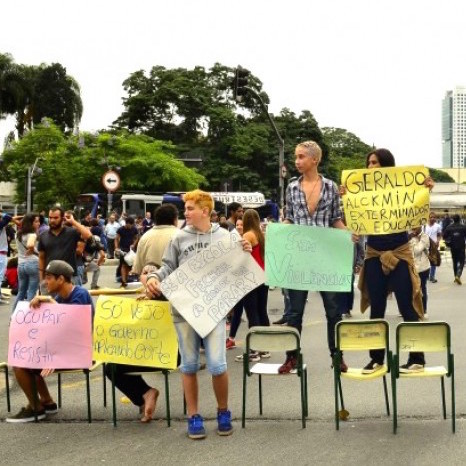 As of yesterday there were 200 schools full of high school students, camping out and holding their own autonomous classes about different subjects of their choice. They started a series of coordinated micro-protests, where at the same time in 20 or 30 locations around the city, they would shut down roads by blocking them with school chairs and desks.

Live from Sao Paulo, correspondent Brian Mier reports on last week's massive student strikes in opposition to school closings, where teenagers occupied campuses, shut down roads and faced off against police violence and ruling class animosity - and won a rare victory against a system with money for new prisons but not existing classrooms.