On this day in 1556 – (460 years ago) – a powerful earthquake hit the Shaanxi province of northern China — altering the course of rivers, causing massive floods, igniting fires, and causing landslides that destroyed countless hillside villages of traditional stone houses, known as yaodongs. In an affected area more than five hundred miles across, the Shaanxi earthquake killed an estimated 60 percent of the population, or some 830,000 people. It’s now believed to have been the deadliest earthquake in recorded history.

On this day in 1968 – (48 years ago) – the USS Pueblo, a US Navy spy ship wth eighty-three crewmen aboard, was captured off the coast of North Korea by warships of that country in an attack that killed one Pueblo crew member and ended with the other eighty-two sailors being taken prisoner. The North Korean government, arguing that the American vessel had violated its territorial waters, kept the Pueblo crew in captivity for the next eleven months, using torture and starvation to extract forced confessions. Meanwhile, the administration of US President Lyndon Johnson struggled to work out a diplomatic solution, while secretly
preparing contingency plans for war. In the end, the Pueblo crew was released after North Korea and the US worked out a complex face-saving solution in which the Pueblo commander, Lloyd Bucher, signed an apology immediately after repudiating it. Upon Bucher’s return to the United States, the Navy began a court-martial against him, but it soon backed down in the face of public outcry. As for the Pueblo itself, it’s now on permanent display at the Victorious Fatherland Liberation War Museum in Pyongyang, North Korea.

On this day in 1978 – (38 years ago) – Terry Kath, lead guitarist and founding member of the rock band Chicago, who for some time had been struggling with alcohol and drug abuse, was fascinated by handguns, which he collected and enjoyed playing with. At a party in Los Angeles, Kath showed a roadie his unloaded .38, which he repeatedly held to his head, pulling the trigger. Kath then picked up a nine-millimeter semiautomatic and began to do the same. The roadie warned the guitarist to be careful, but to reassure him,. Kath showed him that the gun’s ammo clip was empty. He then held the gun to his head, smiled, and pulled the trigger.
Unfortunately for Kath, the gun had a... read more 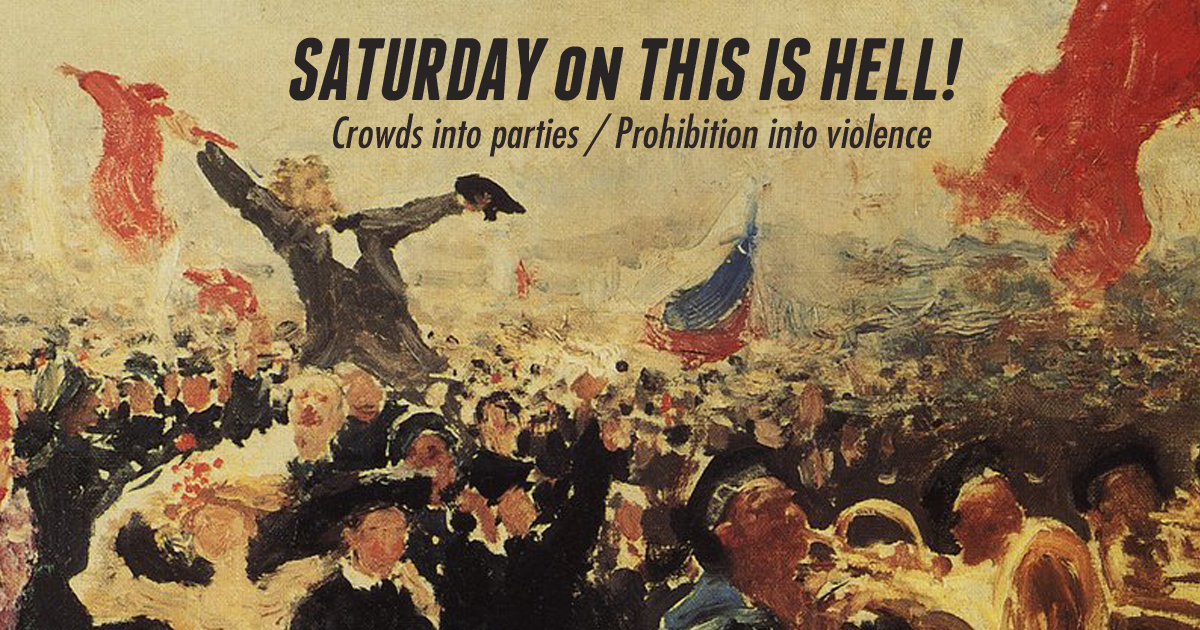 Jodi is author of Crowds and Party from Verso Books.

Lisa's new book is  The War on Alcohol Prohibition and the Rise of the American State from Norton.

On this day in 1362 – (654 years ago) – one of the most severe North Sea storm tides in recorded history, known as the “Grote Mandrenke” (the “Great Man-Drowner”), tore across Ireland, England, Holland, Denmark, and Germany. The storm was so powerful that it altered the shape of coastlines, destroyed ports and seaside towns, submerged islands, created new islands, and completely destroyed Rungholt, a wealthy city on the Danish island of Strand that was entirely washed out to sea. According to various estimates, between twenty-five and a hundred thousand people were killed. Fragments and artifacts from the lost city of Rungholt continued to turn up on North Sea beaches well into the twentieth century.

On this day in 1862 – (154 years ago) – at the Hartley coal mine in Northumberland, England, the cast-iron beam of a pumping engine broke and fell, blocking the mineshaft and trapping the miners below ground. Over the next several days, increasingly desperate attempts were made to rescue the miners, but they all failed. Two hundred four men and boys died, and to this day the Hartley disaster remains one of the worst mining accidents in British history. It’s credited with motivating the British Parliament to pass an act requiring all coal mines to have at least two shafts, thus offering miners a better chance of escape.

On this day in 1969 – (47 years ago) – a twenty-year-old Czech university student named Jan Palach walked into Wenceslas Square in central Prague, stopped in front of the Czech National Museum, doused himself with gasoline, and set himself on fire as a protest against the Soviet invasion of Czechoslovakia several months earlier, which had brought to an end the so-called Prague Spring — a short-lived liberalization of Soviet-style communist rule in that country. Palach died in a nearby hospital three days later. Before burning himself, he had sent letters to several people explaining that his suicide was meant to prod his demoralized fellow Czechs into resuming their resistance against Soviet domination. His funeral drew tens of thousands of people, and in the following weeks his fiery act of protest was repeated by twenty-six other young Czechs, seven of whom died. But the mass uprising Palach hoped to inspire didn’t really materialize until twenty years later, when the Berlin Wall opened and... read more 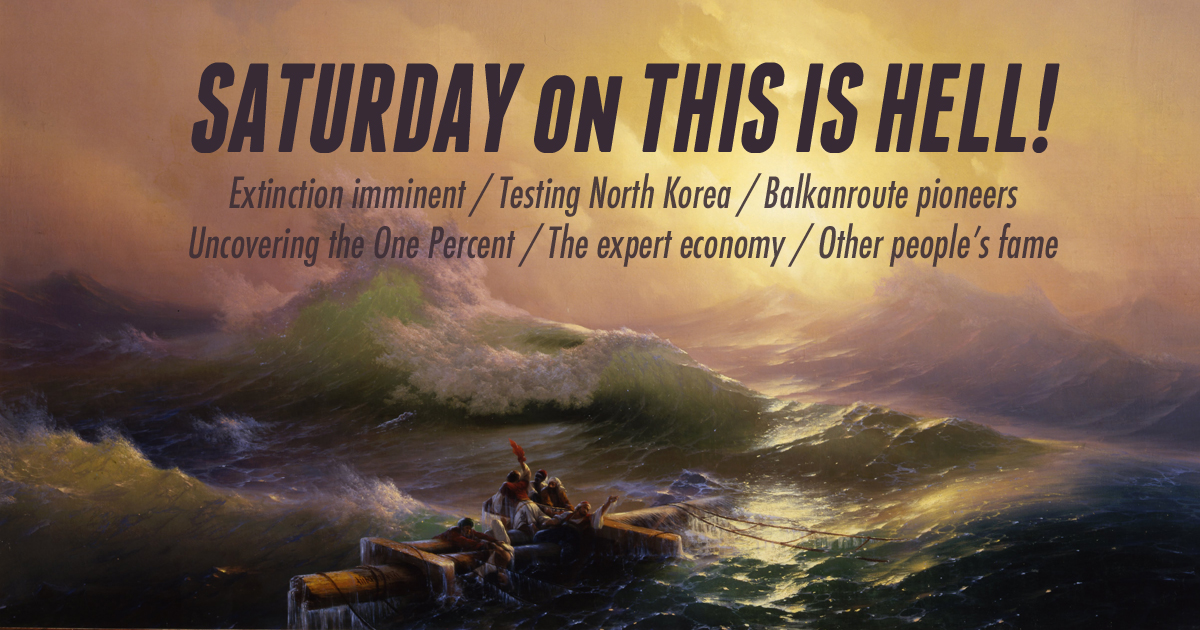 10:05 - Marc Flury explores what we know / don't know about what happened / didn't happen in North Korea.

We'll also talk with Marc about THUMPER, his upcoming video game that everyone is looking forward to in 2016.

10:35 - Ed Sutton reports back from the trails and tribulations facing refugees along the Balkanroute.

11:05 - Journalist Michael Massing examines the media's role in selling the One Percent to Americans.

Michael wrote the recent New York Review of Books article How to Cover the One Percent.

Mark is author of Failed: What the "Experts" Got Wrong about the Global Economy from Oxford University Press.

12:45 - Jeff Dorchen ponders the price and perqs of other people's fame.

People spell it that way. I cleared it with Jeff.

Failed: What the "Experts" Got Wrong about the Global Economy - Mark Weisbrot [Oxford University Press]