Violence, nationalism and coup after coup in Brazil. 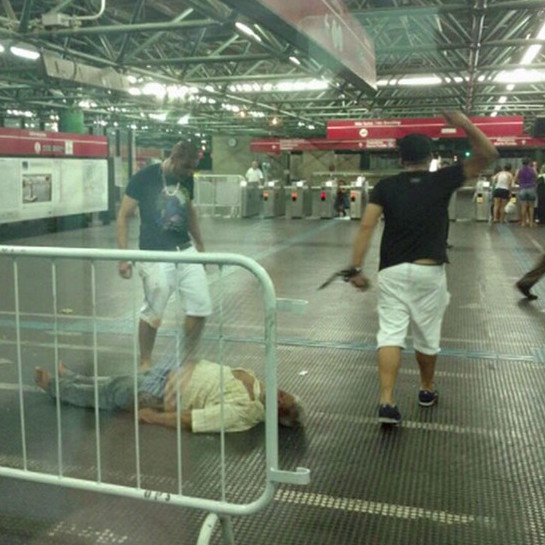 I see some people I've known for years have changed in the last year or two, and become really right wing - in the same way I see happening with some of my old friends in Chicago. I think it's a worldwide phenomenon, this rise of nationalism. I feel like social media is very involved in creating this climate where people have become so reactionary on all sides of the spectrum. It's just really a weird time right now.

Live from São Paulo, Brian Mier reports on the swell of bigotry and racism in Brazil after the country's right-wing successfully removed the elected center-left government, and reflects on the indirect (for now) evidence that the US expanded state worked to destabilize the country ahead of 2016's soft coup.

Brian wrote The US & Brasil's Coup of 2016, and translated Luciana Itikawa's piece The Golpista Everyman & the “Clean” City for Brasil Wire.