Law scholar Jack Jackson explains how the American right seized power beyond law - as conservatives advance a multi-decade agenda attacking constitutional principles with constitution power, the liberal class's retreat from politics leave them at best bystanders to an apocalyptic political project with no future beyond brutality.

Jack is author of the book Law Without Future: Anti-Constitutional Politics and the American Right from University of Pennsylvania Press. 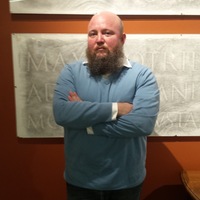