You can talk about a mathematical technicality - plurality versus a majority - and you can talk about how you want the nominee to be chosen by a majority rather than a plurality. But the question is, what do you do when you don't achieve that result? What the Democratic Party has decided to do is throw away what the people decided, what the public voted for. It becomes irrelevant. Delegates can change their mind on a second ballot, superdelegates enter and can exercise their will. If that mathematic result is not achieved, democracy goes out the window.

Writer Shuja Haider examines the anti-democratic politics of the Democratic primary process - if Bernie Sanders enters the Democratic National Convention leading in delegates but without a majority (very possible in a crowded field) then unaccountable elites will exercise their influence, subverting the will of millions of voters,  keeping the nomination under control of a party with no allegiance outside itself.

Shuja wrote the articles The world’s biggest threat to democracy is the Democratic Party and Just because you’re paranoid doesn’t mean they didn’t rig the Iowa Caucus for The Outline. 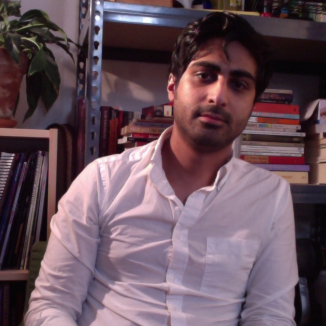 Shuja Haider is a writer-at-large for The Outline and an editor at Viewpoint Magazine.