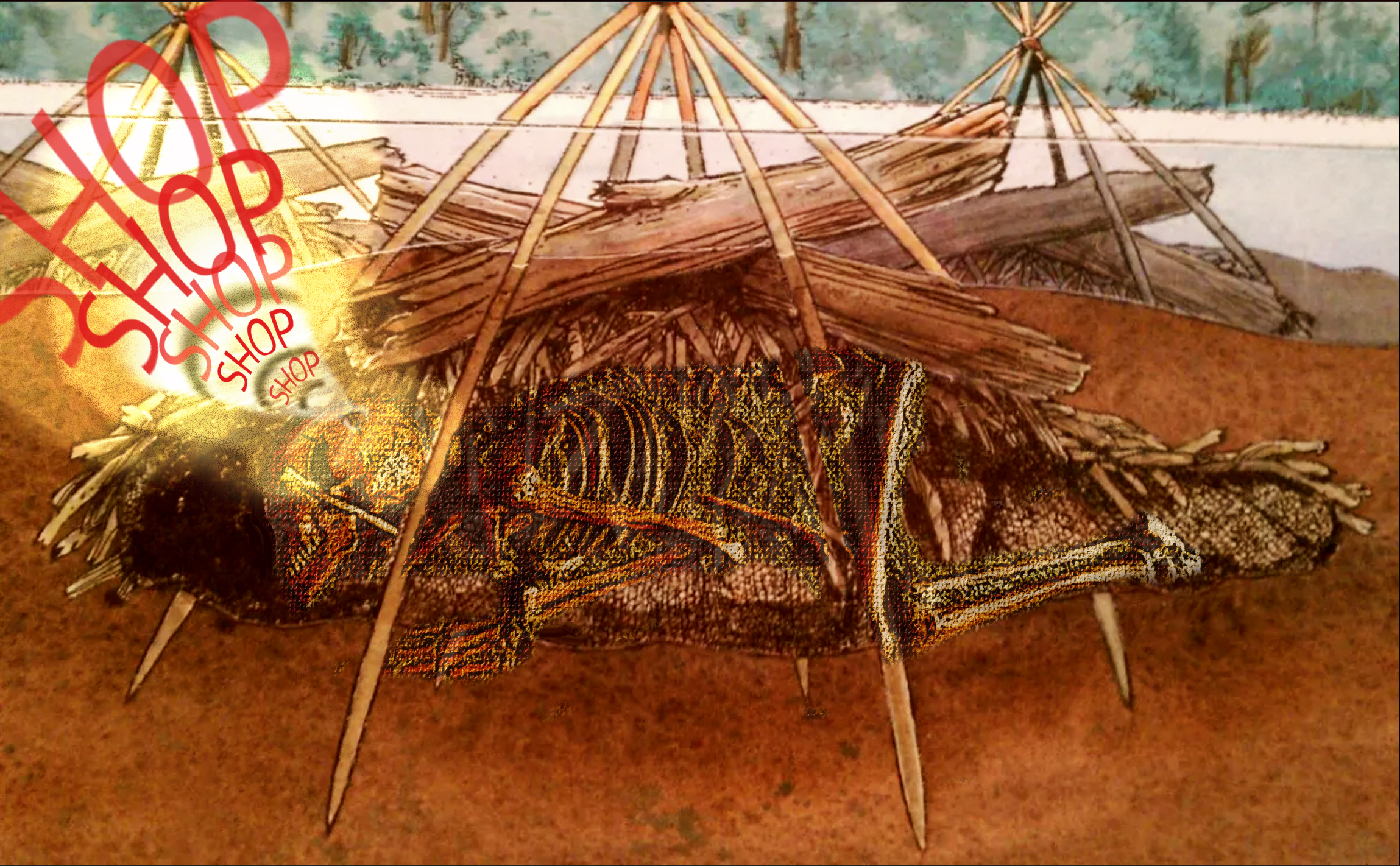 If you believe that a “right to work” law is about supporting workers’ rights, I’ve got some swamp land in Florida you might want to buy. Not a swamp, actually; more of a bog. How much does it cost? If you have to ask, you couldn’t afford it.

It’s a pretty special bog. Windover Pond. Since 1982, Windover Archaeological Site. They found some 8000-year-old brains in that Florida bog. No, none of them belonged to Florida Governor Ron DeSantis, but that is a good guess. Like the governor’s brain, these have shrunken down to a quarter of the size of that of a living sentient human. Also like the governor’s brain, one would be hard-pressed to use it for thinking in its current condition. Different from the governor’s brain is that the 8000-year-old brains have the excuse of having been buried under ten feet of peat for 8000 years.

Archaeologists had the bog drained so they could retrieve all the dead people. They found about ten thousand pieces of human remains representing some 168 corpses. And this was no mass grave like that mass frog grave we learned about a few weeks ago in the segment entitled, “The Cambridge Holocaust.” This was not the locus of any war or massacre or even black plague body dump. Nor was this a mass sacrificial site.

This, dear listeners, was a community cemetery. The people were mostly buried in the fetal position on their left side with their heads oriented north. They were buried ceremonially with objects and covered in woven fabric, fabric that survived, protected from decay, for eighty centuries by the Ph neutral water and anoxic, antibiotic nature of the bog. The deceased were even anchored with stakes so they wouldn’t float to the surface and be picked over by varmints. These ceremonial burials took place in this bog over generations, and DNA showed that one family had been burying their dead there for over a hundred years.

But they weren’t Jews from the Pale of Settlement, most likely, though genetically they are thought to have originated in what is now Russia, but in the North Asian part. So maybe some of their descendants were neighbors, either in Siberia or down in Boca Raton. People get around.

Were they maybe aliens from outer space? Or were they white Europeans who skated over on top of the frozen Atlantic, making the true claim of First Nationhood actually a white thang? These questions are controversial, undoubtedly, but nonetheless stupid and without relevance.

More important is: how did Arlene Cooper-Dwight in Sioux Falls, South Dakota, know to go to Nordstrom Rack on Monday November 14, 1994 and find the polo shirts her uncle wanted for Christmas on sale, even before that week’s Valu-Pak of coupons arrived in the mail? Looking back on her reason for going to that emporium, Arlene linked the links of her chain of decisions back together and said she believed she was told to go and avail herself of the on-sale items by a figure in a dream. The figure looked like a timeless combination of Danny Trejo and Lou Diamond Phillips.

Two years later, Tad Rostoff felt the uncontrollable desire to go to Office Depot and buy an eight-pack of fluorescent cream-gel pens at 50% off the regular price and a blank book full of black pages especially for use with fluorescent cream-gel pens, also at a 50% discount, for his niece on her fourteenth birthday. It was an entirely impulse buy, yet it was exactly what his niece had wanted, even more than the tickets to the Mariah Carey concert her parents bought for full price.

Asked what, if any, images had passed through his mind during the bargain-achievement experience, Tad Rostoff said that he’d had a vivid vision of a mortar and pestle carved out of rock. Uncannily, a mortar and pestle of just that description had been retrieved from among the burial objects at the Windover Archaeological Site.

For the next twenty-eight years, up to the present moment, several dozen people, throughout the area from Florida to the Continental Divide, have been directed by visions or dreams or, in one case, a talking goose, to go to specific retail outlets. Upon arriving at the establishments, they invariably encountered one or more severely discounted items with special significance to themselves or their friends or family members. From fresh English peas to a fat leather Barcalounger recliner with electric beverage-cooling cupholder, the bargains just keep coming. Bargains, bargains, bargains galore.

And every vision seems to have some link to the ancient community whose cemetery was unearthed at Windover Pond. Was there really a connection, or were the discount recipients being swayed by leading questions or winks, leers, and other suggestive facial spasms of their interlocutors?

There was only one scientific way to know for sure, and that was to bring in a psychic consultant.

Her name has been lost in the shuffle. Likewise, any description of her appearance or mannerisms. Some say she erased all that evidence from the minds of all who might give her up to the angry ancestors of her mysterious people, but that conjecture is so odd, ill-considered, and unlikely that it might be true, or even SuperTrue®.

Following up on this non-sequitur clue, our researchers have pieced together what might have happened during the psychic’s investigation, given the lack of any parameters of reason.

Her name was, let’s say, Flois. Not her real name, nor anyone’s real name, probably. Using a device of her own devising, this Flois, if indeed that was her name, set up her pullies, refracting balloons, intake samovars, sparkling parabola funnel mirrors of pflignite and squartz, cranked it up to 115 glagoherpses, and let ‘er rip. The complantangenent meter went wiggling off the chart. The direction flomblossism mechanically oblated through the roof, describing a refraction arc of no more than three degrees three micro-metric minutes from the burial ground of the mystery civilization, and from there to the remains of their prune-like shrunken brains, bent on a bias as through a glass darkly directly to the purchasing centers of the shoppers’ pineal glands, thereby stimulating their eyes, ears, nose, and throat, preparing them emotionally, physically, and a couple other ways to hunt for, locate, and purchase, at a substantial reduction in the normal price, whatever the ancient persons, viewing our market economy from their portholes in the ship of dead souls, sailing through the grasmotic effluviasma of … what were we talking about again?

Anyway, that proved it to our satisfaction. And when it comes to smart shopping, satisfaction is what it’s all about.

This has been the Moment of Truth. Good day!