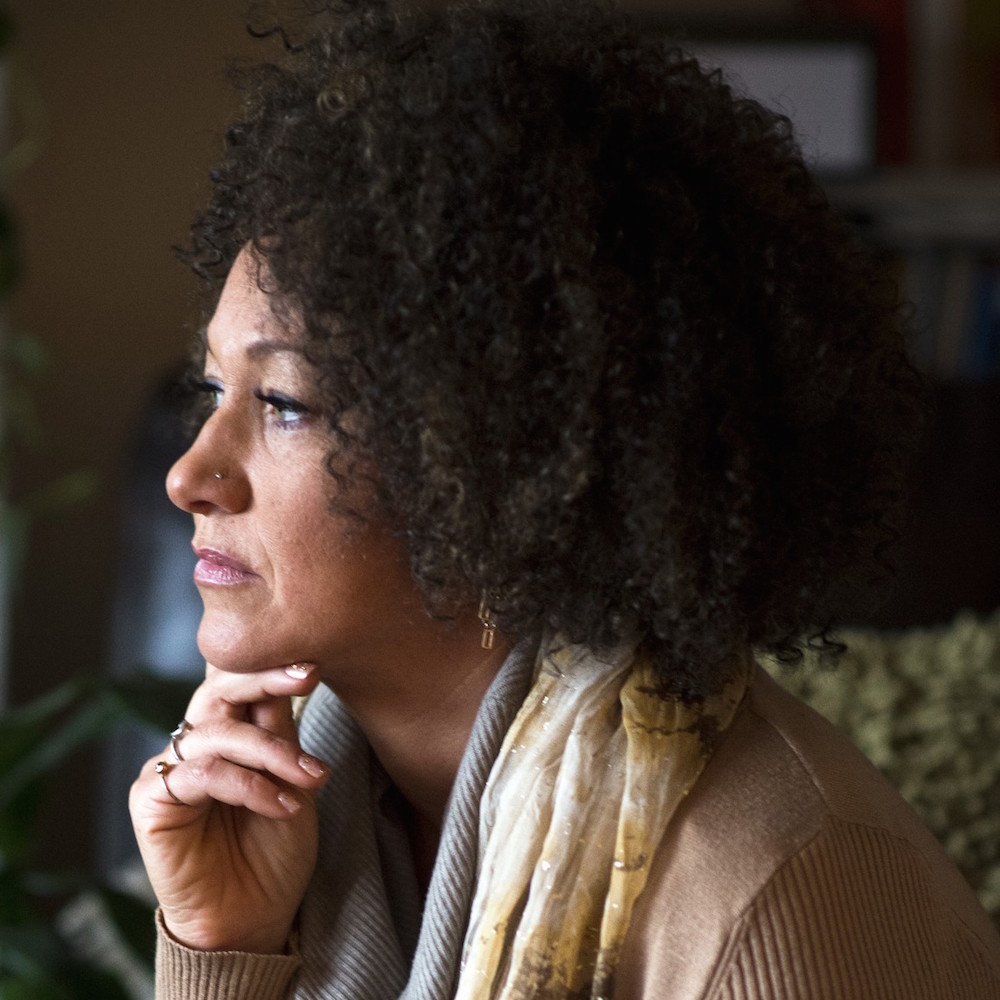 It doesn't even seem like she wants anyone to sympathize with her as someone out of the ordinary. She just wants people to accept her as black even though she clearly isn't, and can't even give a persuasive explanation about why she wants to be black. She loves black people, but not enough to care what their opinions are about her strangely colorless performance of blackness.

In a Moment of Truth, Jeff Dorchen reads Ijeoma Oluo's feature "The Heart of Whiteness" on Rachel Dolezal, and has some good things to say. Oh, about the piece itself, not Rachel Dolezal, that's mostly very critical about Dolezal's uniquely privileged understanding / performance of Blackness.