Debt repayment is a crucial lever in the process of empowering technocrats at finance ministries and central banks, giving them more authority to act as a 'responsible debtor.' In the process, we see that lack of democratic responsiveness, that growing power of technocrats and marginalization of those who seek to respond to more popular demands - it ultimately leads to a huge loss of faith among the populations in debtor countries - in their own governments, and in the capacity of political institutions to respond to people's concerns.

Political economist Jerome Roos explains how sovereign debt swallowed global politics - as US policy makers unleashed credit to address a 1970s crisis of profitability, the demands of capital pushed the power of creditors ahead of democratic controls worldwide, triggering a generation of political and economic disasters that must be challenged by renewed (and new) institutions empowering democratic power over finance.

Jerome is author of Why Not Default? The Political Economy of Sovereign Debt from Princeton University Press. 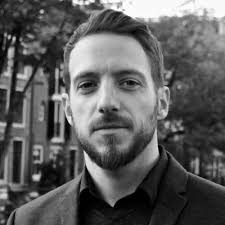 Jerome Roos is an LSE Fellow in International Political Economy at the London School of Economics and founding editor of ROAR.