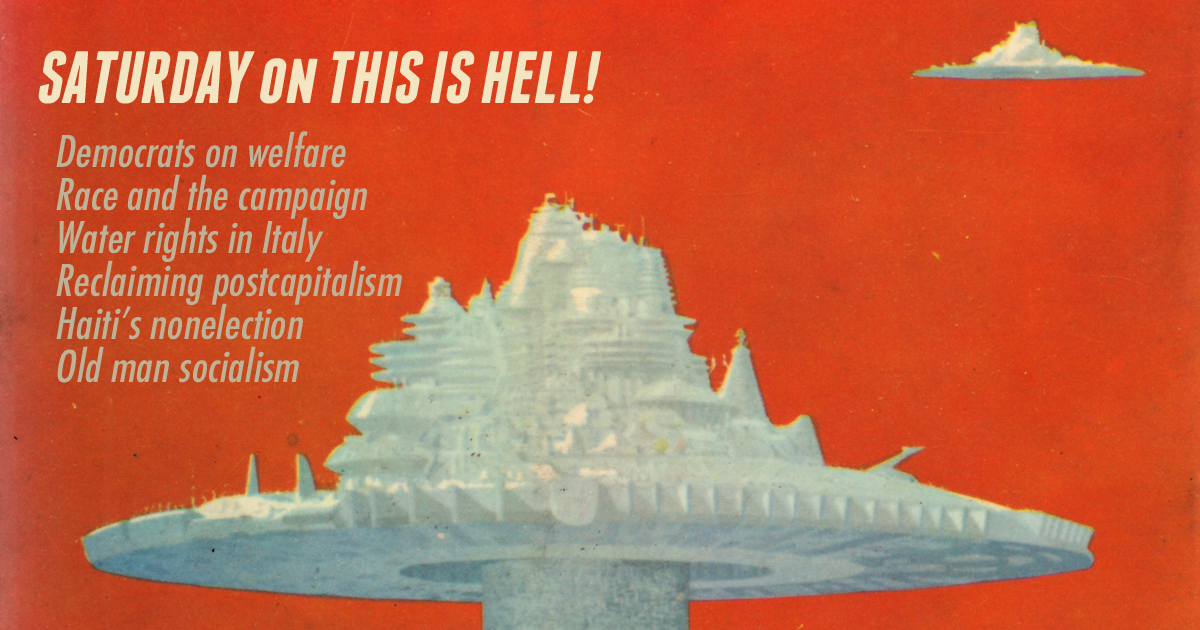 John was recently referenced in Clarence Page's column What this politically (in)correct campaign tells us.

Andrea wrote the ROAR Mag article How to kill the demos: the water struggle in Italy.

11:05 - Political theorist Nick Srnicek makes the case for a world without work.

Nick is co-author of Inventing the Future: Postcapitalism and a World Without Work from Verso Books.

Nicole just returned from Haiti, where an election was cancelled two days before voting.

12:45 - Old Socialist Jeff Dorchen tells Hillary's whippersnappers to get off his lawn

Don't know how socialist it is to for Jeff to claim it's "his lawn" but I guess it's his segment.