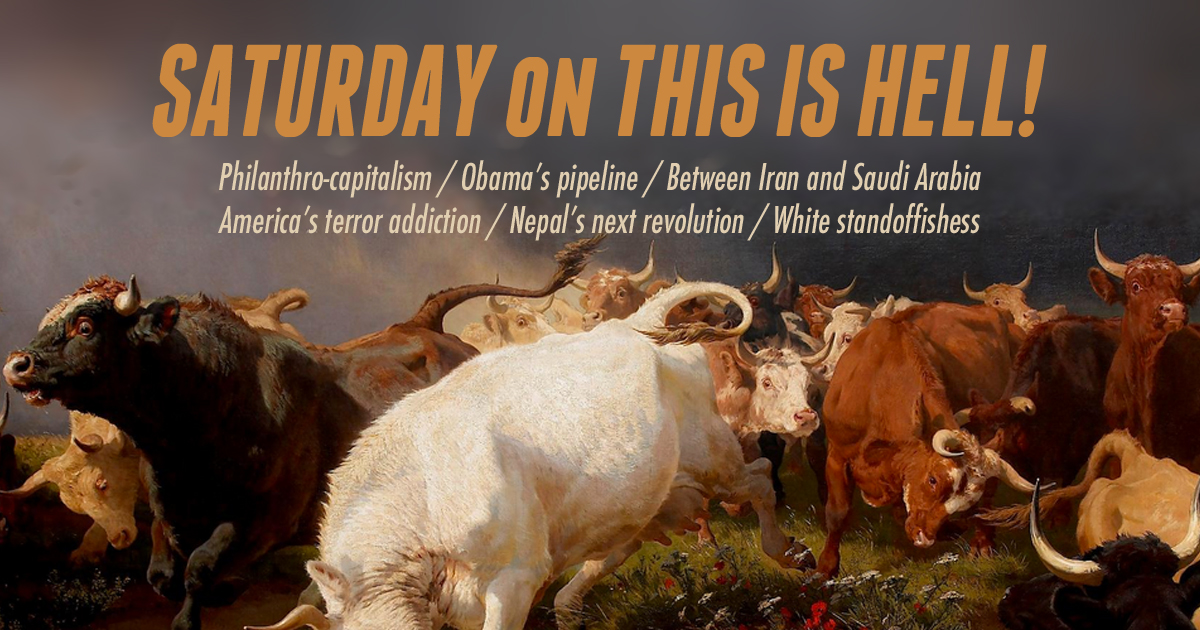 Linsey is author of No Such Thing as a Free Gift: The Gates Foundation and the Price of Philanthropy from Verso Books.

10:05 - Journalist Steve Horn reports on the details of a joint Obama-Exxon pipeline bill.

Kevin will be working from his own research, plus that of several Middle East scholars he's boozed with.

11:05 - Cultural critic Henry Giroux explores the fear and violence at the heart of current American politics.

Shubhanga wrote the Jacobin article The Next Nepali Revolution.

12:45 - Jeff Dorchen visits the Oregon militia standoff and finds something much dumber than white privilege.

Jeff will actually be responding to the lack of response, which we've all responded about enough already.