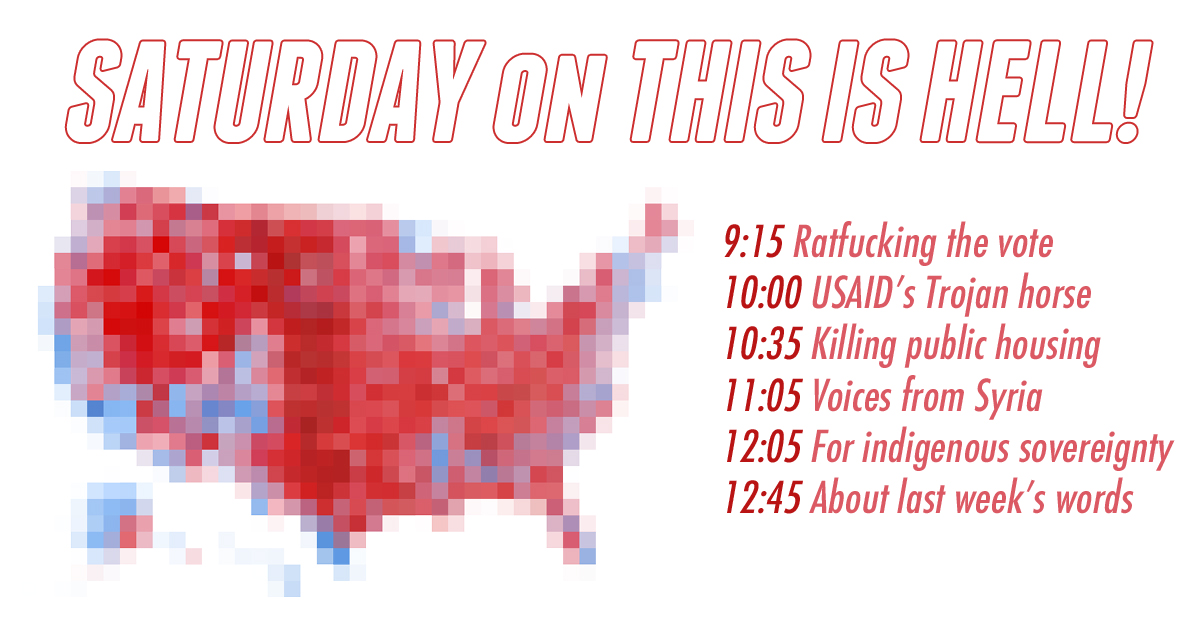 9:15 - Journalist David Daley explores the GOP plan to ratfuck the vote and rule from the minority, forever.

David returns to This Is Hell! to talk about his book Ratfucked: Why Your Vote Doesn't Count, now in paperback with a new afterward, from Norton.

Hilary wrote the article USAID's Trojan Horse that appeared originally at Solidarity, and now at Jacobin.

10:35 - Journalist Michelle Chen examines neoliberalism's assault on public housing, at Grenfell and beyond.

Michelle wrote the The Economic System That Made the Grenfell Tragedy Possible and No, Seattle’s $15 Minimum Wage Is Not Hurting Workers for The Nation.

Wendy is author of the new book We Crossed a Bridge and It Trembled: Voices from Syria from HarperCollins.

Julian wrote the commentary Law Enforcement is Still Used as a Colonial Tool In Indian Country for the Marshall Project and the Guardian opinion piece Indigenous sovereignty is on the rise. Can it shape the course of history?

Two of those words are HIS WORDS just to repeat. Not Alex's words. Not Chuck's words. Jeff's words.