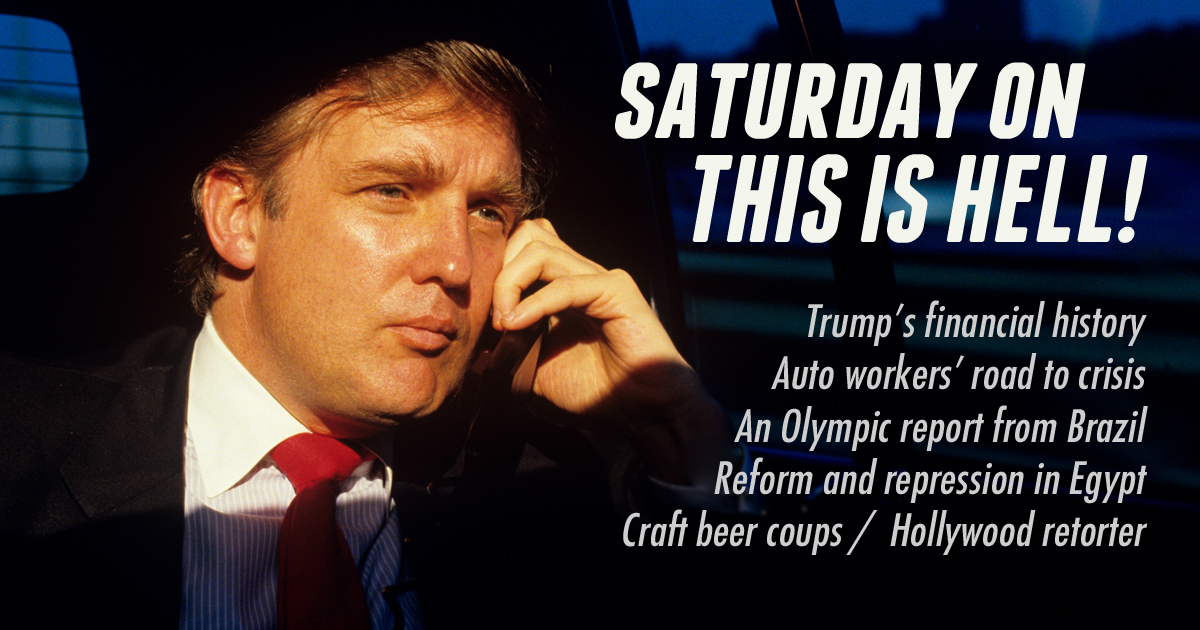 10:35 - Live from São Paulo, Brian Mier reports on the state of dissent and democracy in Brazil.

Michael will also be exploring the SAB/Miller/Coors/AB/Inbev consolidation that will soon cover 71% of the beer market.

12:40 - In a Moment of Truth, Jeff Dorchen examines the jobs available in Hollywood, large and small.

You may remember Jeff from painting Ozzy Osbourne's house, or maybe writing the soon to be released, Brie Larson-starring Basmati Blues.